Ray hangs up his skis 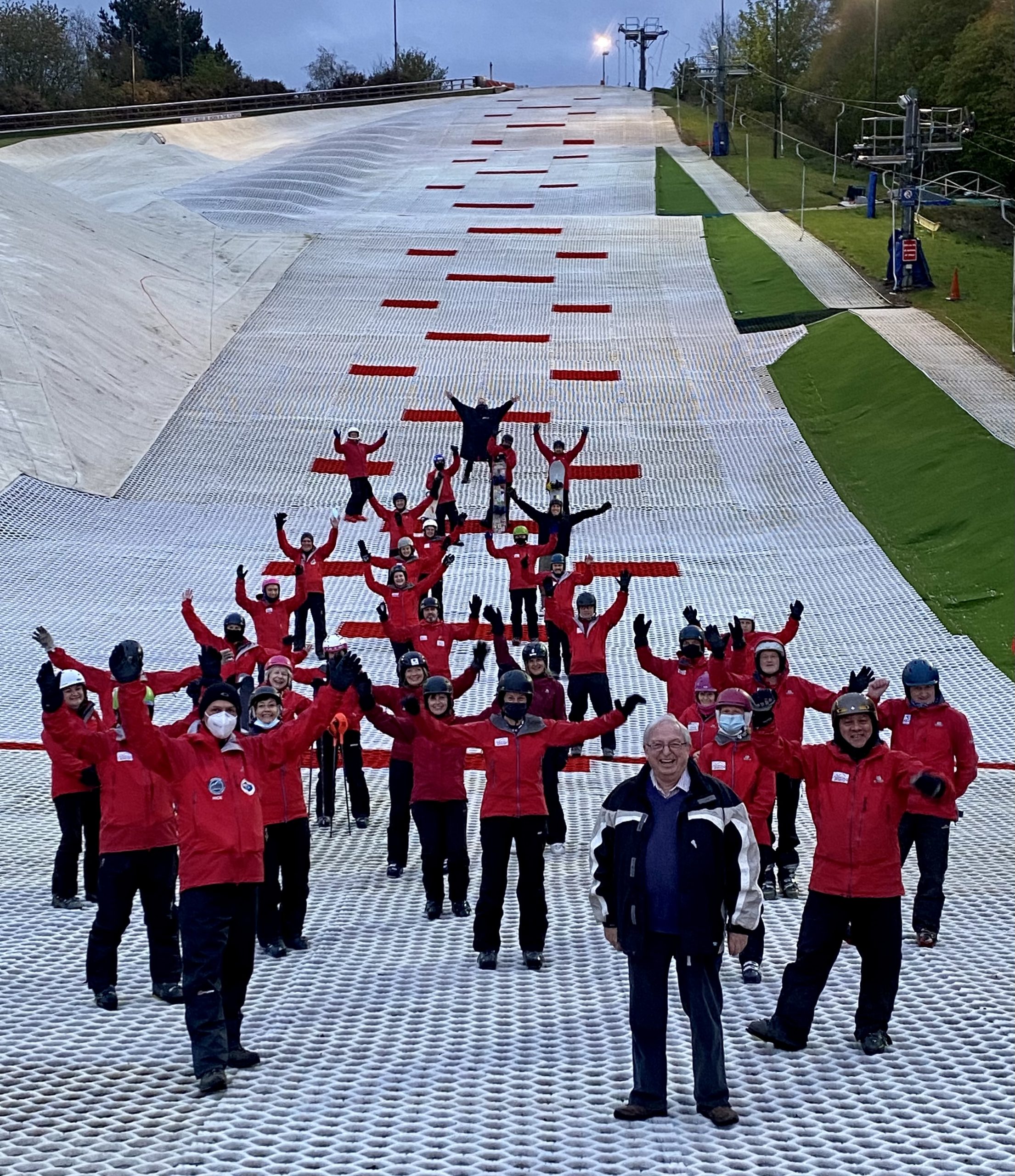 After many years of teaching, Ray Luck retires

Many of you will know Ray; a committed Instructor at Polar Bears and on Junior Beginner Lessons, he’s taught children for so long, many of them have grown up and are bringing back their own children!!

Now aged 76, Ray first set foot on the nursery slope, when he booked ski lessons with friends in 1983.  They were taught by the founder of the Ski Club, Ivan Palfrey. Ray said he instantly caught the ski bug and a few months later, went on his first holiday on snow to Leysin in Switzerland, “My eyes had been opened to a new sporting world”.

It wasn’t until the late 90’s, when Dick Eaves suggested Ray should become an Instructor, that Ray decided to apply.  “I wanted to be an Instructor to give something back.  I applied several times, I think they thought I was too old!”.

In 2002, Ray finally achieved his goal.  Still working, Ray could only commit to teaching Saturday lessons; ideal for his wife, who made the most of her season ticket to the football!  A year later, having completed his Alpine Ski Leader qualification, Ray also taught school children abroad during the February half terms.

Once retired, Ray has taken on teaching group and private lessons, as well as more recently, Adaptive sessions.  “The youngest I’ve taught is 3, right up to 80; I’ve met so many marvellous people from all walks of life that have made it so interesting.  When the Club officially opened the extension to the Club House, I was introduced to Prince Edward, the Patron of the Ski and Snowboard Federation”.

Ray’s love of skiing has taken him to Bulgaria, Italy, Switzerland, Austria, France, Norway and North America.  During Ray’s last trip to his favourite destination, Zell am See in Austria in 2020, he returned unwell and discovered he had contracted Covid.  As a result, Ray’s health has deteriorated and he is unable to continue teaching.

It was great to see Ray back at the Club this week for an official thank you, for the many years of commitment given to the Club and customers.  We have no doubt that many people owe their love of skiing to you Ray!