A BIT OF HISTORY…

In 1968, Norfolk Youth Ski Group was formed by volunteer, Ivan Palfrey following a trip to Geilo.  Back then membership was 10 shillings a year!

During 1974, a loan of £2,000 enabled Norfolk’s first dry slope to be erected inside Wensum Lodge – anyone over 5ft tall had to duck at the top to avoid hitting their head on the ceiling!  2 years later, the first slope was created at Whitlingham Lane, where we are today.

By the end of the 1980’s over 1,000 members were recorded, a lift had been installed and Eddie The Eagle attended in support of fundraising for Adaptive equipment.  All of the Instructors were volunteers, signed off by the Senior Examiner for Snowsports England.

Over 50 years later our not-for-profit Club continues to grow, thanks to the huge number of volunteers who share their passion for snowsports, whether it’s to help with boot-fitting, share their expertise on the Executive Committee or as one of our many qualified Instructors and Coaches. 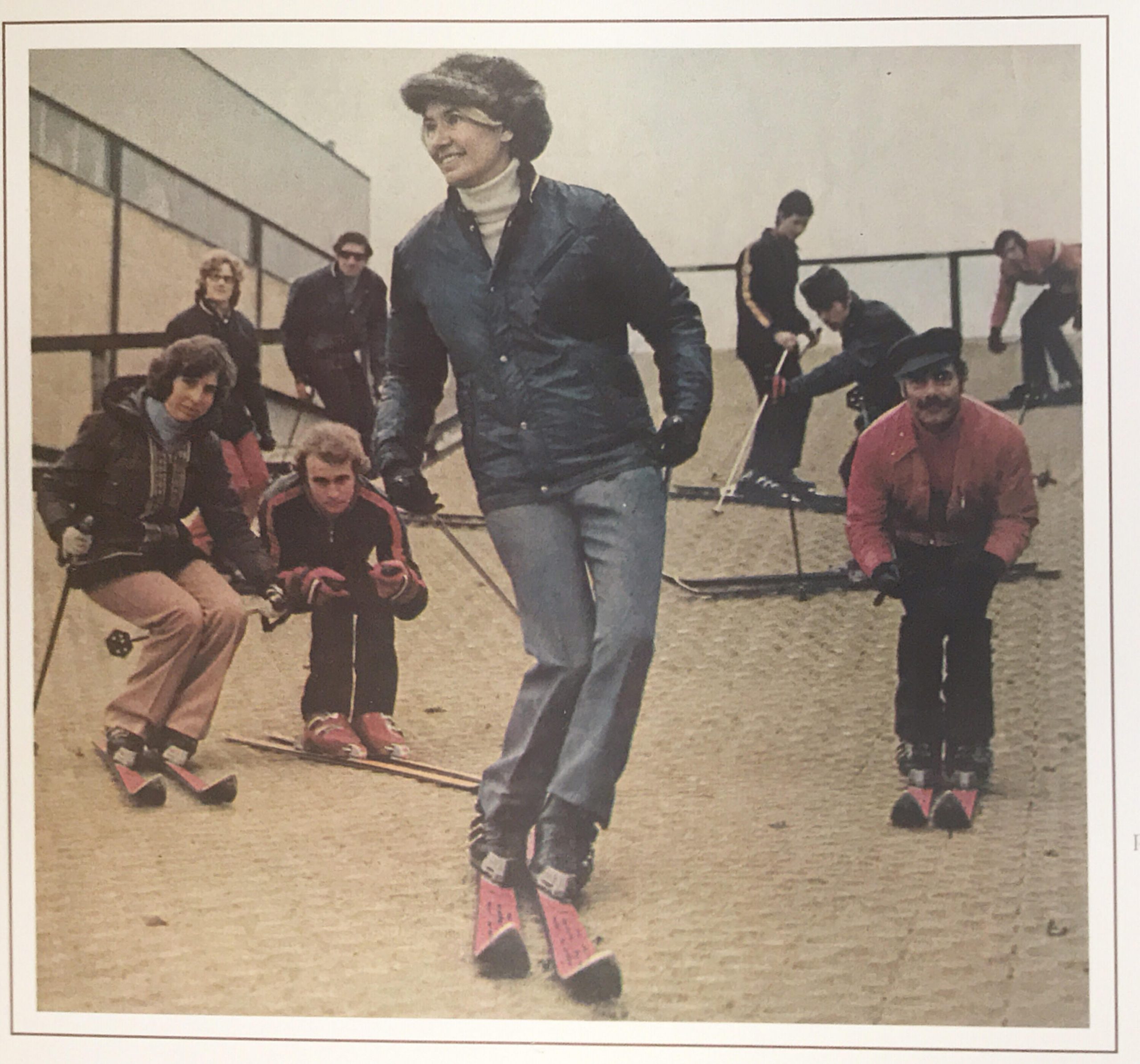 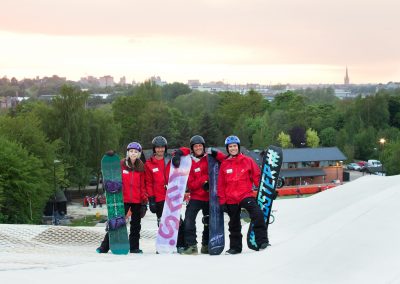 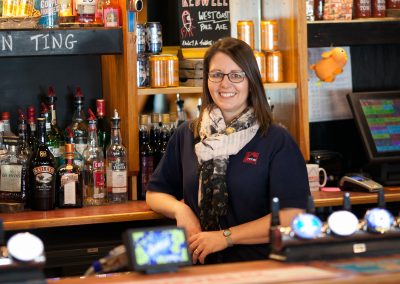 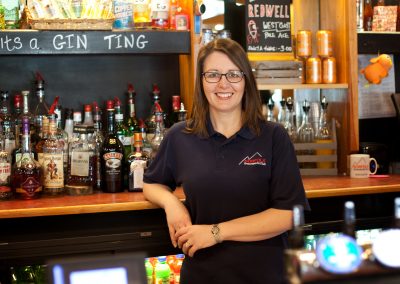 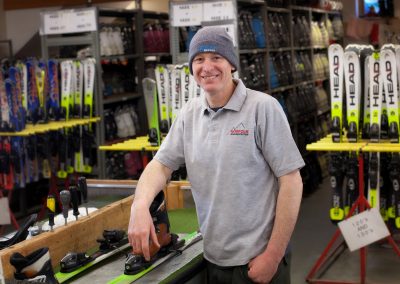 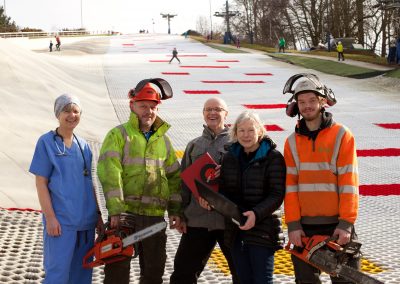 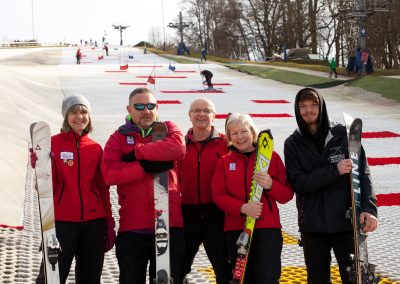 The majority of our team are volunteers, many with other jobs and family commitments.

We have over 100 qualified Instructors and Coaches, here to share their love of snowsports with you!

“Volunteering at NSC has offered me the opportunity to share the wonderful sport of Skiing.  It is so rewarding to see beginners walk nervously onto the slope on their first lesson and develop into confident skiers as their lessons progress.  To know I am part of this journey is an amazing feeling.”
Sarah

“Teaching Snowsports gives me the opportunity to put something back into the Club, which gave me my start into Snowboarding; a sport I never imagined I would do.  I love having the opportunity to pass that enjoyment on to others, setting them onto their path of discovery, for both Snowboarding and the amazing facility we have in Norwich. “
Simon

“I enjoy coaching and teaching as I love seeing the potential of individual skiers.  I enjoy seeing them develop, not just technically, but in confidence too.  Having fun while learning is important to me as this really enhances their ‘can do’ attitude.“
Aly

Benefits of volunteering your time

You can earn free time on the slope for you and your family!  For every hour you volunteer, you earn 1 hour for open practice or a reduced rate for coaching.  You’ll also be helping your local slope and joining a great team!

This is very dependent upon which area of the Club you are interested in volunteering for.  It could involve shadowing staff and training on the job if you work within reception, bar or as Tubing Supervisor.  If you are boot-fitting, you’ll need training and supervision initially to ensure you meet the standard to ‘kit up’ safely.
All volunteers are required to abide by our Code of Conduct.

We take on a new cohort of trainee Instructors most years.  You would need to be a competent skier/snowboarder and preferably have shown a level of commitment to the Club, volunteering already.  The year’s training is intensive, attending weekly Instructor Training, shadowing sessions and supervised coaching.  There is ongoing training once you’ve qualified too!   We usually advertise the intake in February each year.

If you are interested in volunteering or would like to find out more, please email officemanager@norfolksnowsports.com
For information on Instructor training, email moc.stropswonsklofronnull@nimdaess